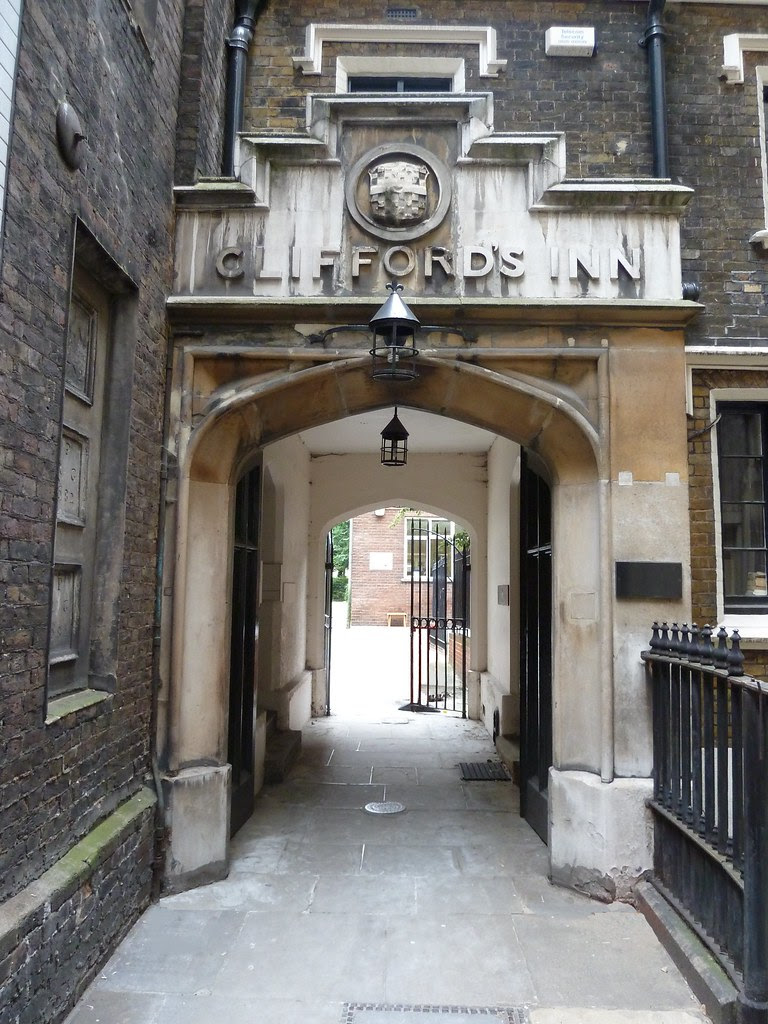 The average (male) Londoner of the early 1800s, out and about, was quite happy to relieve himself in the nearest alley. Urinals were becoming more common - usually outside pubs - but typically one found a quiet corner and had a pee.

Those who lived in said alleys, or who owned commercial property adjoining, were not entirely forgiving of this practice, as this quote from 1809 suggests:

in London a man may sometimes walk a mile before he can meet with a suitable corner; for so unaccomodating are the owners of doorways, passages and angles, that they seem to have exhausted invention in the ridiculous barricadoes and shelves, grooves, and one fixed above another, to conduct the stream into the shoes of the luckless wight who shall dare to profane the intrenchments.

This was the only reference I'd ever seen to these 'barricadoes and shelves' and I wondered if the writer was exaggerating, perhaps just drawing on one or two peculiar examples. Then a few days ago I found a quote from 1853

considering how disgusting are the preventives that disfigure every alley and court, and every piece of blind wall; considering, too, how ineffectual these contrivances are ...


Today, by chance, I walked down Clifford's Inn Passage, off Fleet Street - an ancient bit of London that used to lead to the Inn of Chancery of that name, whose gatehouse still survives. Here, Rokesmith takes Mr. Boffin aside from the bustle of the main thoroughfare in Dickens' Our Mutual Friend. And here, I only now realised - even though I've been here before a hundred times, and even feature it in my Dickens guide-book - was where many a Victorian stopped for a pee. 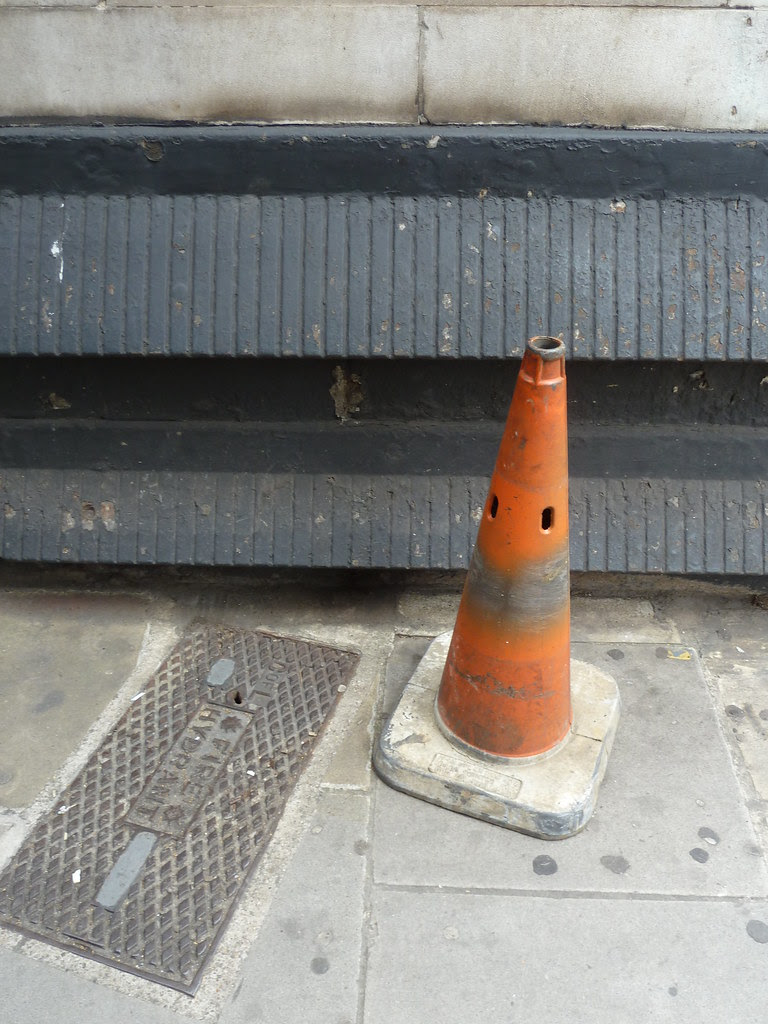 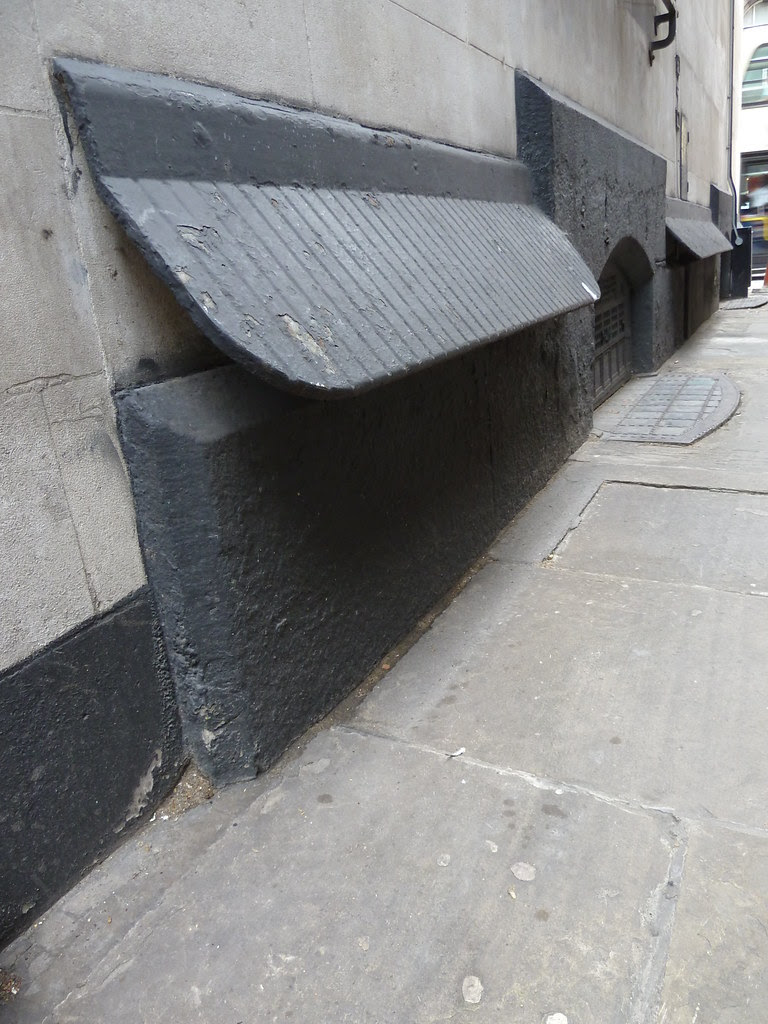 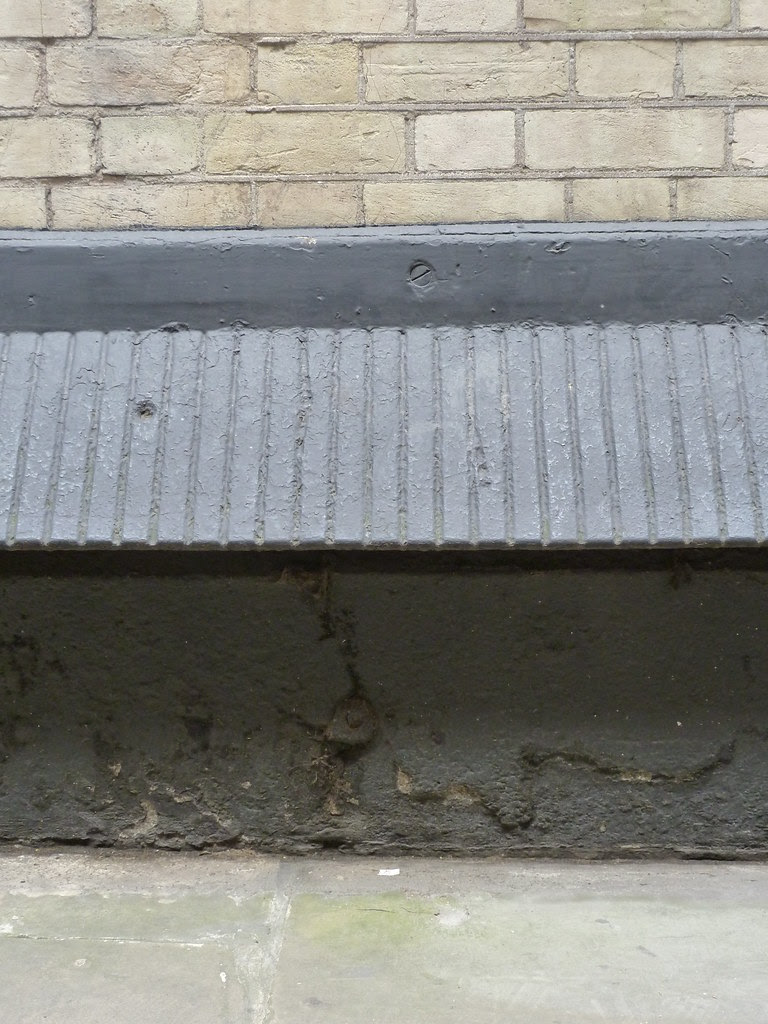 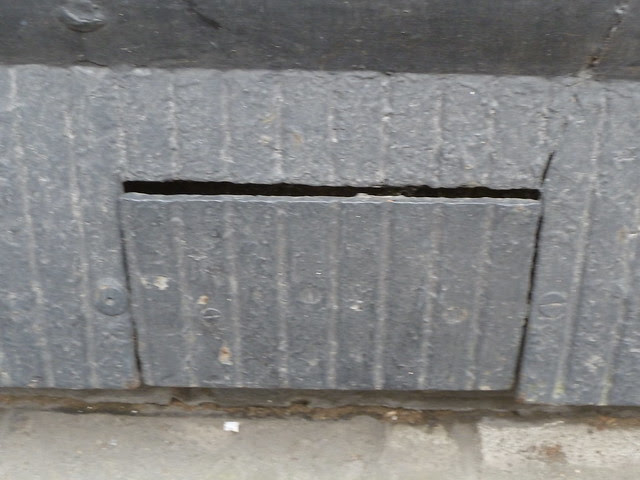 but surely these are 19th century urine deflectors?

I don't care. I think I have discovered something.

But if you can find any more of them, let me know. Keep watching the alleys.

Chatting with people on twitter, some have asked why only a part of an alley might contain these shelves. In terms of this example, I can't say why there are no flaps over where it looks like there were basement light wells or similar;  possibly there were originally, but they were removed when those spaces were filled in; or possibly people just didn't tend to piss where there was a light well.

As for more generally, these would have been deterrents created by the owners of particular buildings, not the parish (at least, I've seen no mention of parishes installing anything like this), so coverage would necessarily be - cough - patchy.

It's also worth noting that building owners weren't necessarily troubled by the impropriety of alley-way urination as much as the damp and the smell ( in a period when 'miasma' was believed to cause disease).

Recently noticed this outside the gates to Staple Inn, whose residents were wont to complain to the local vestry about urinating passers-by ... another method ... you would have to stand well back, and therefore you would go somewhere more private. You see these elsewhere in London ... will keep an eye out ... 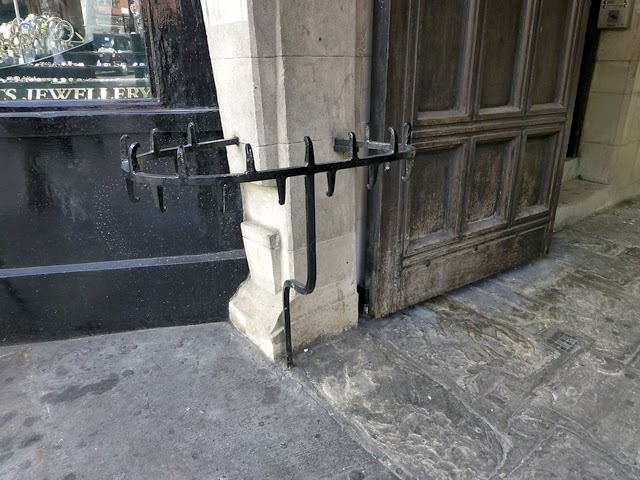 I'm told the Staple Inn device has been removed during rebuilding work and not replaced. And on a listed building, too!

Good news! The Staple Inn urine deflectors have been returned to their rightful home.
Lee Jackson at 09:09